Dickie Ray, QB from Boys High was selected by the Touchdown Club to be the 1944 Player of the Year. Dickie played quarterback for the Boys High Purple Hurricanes and helped lead his team to a 10-1 season and a state championship their 2nd in a row and give legendary coach Short Doyle his 8th of 9 eventual state championships. Boys High would go on th ebecome Grady High School, which is the oldest High School in the city of Atlanta.

In the 1944 state championship game, Ray would quarterback his team and their opponent was Lanier High School who was led by fellow QB Billy Henderson. Henderson of course would go on to amass 285 coaching wins in Georgia and be inducted into the Georgia Sports Hall of Fame. 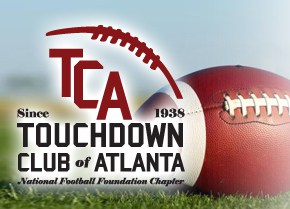