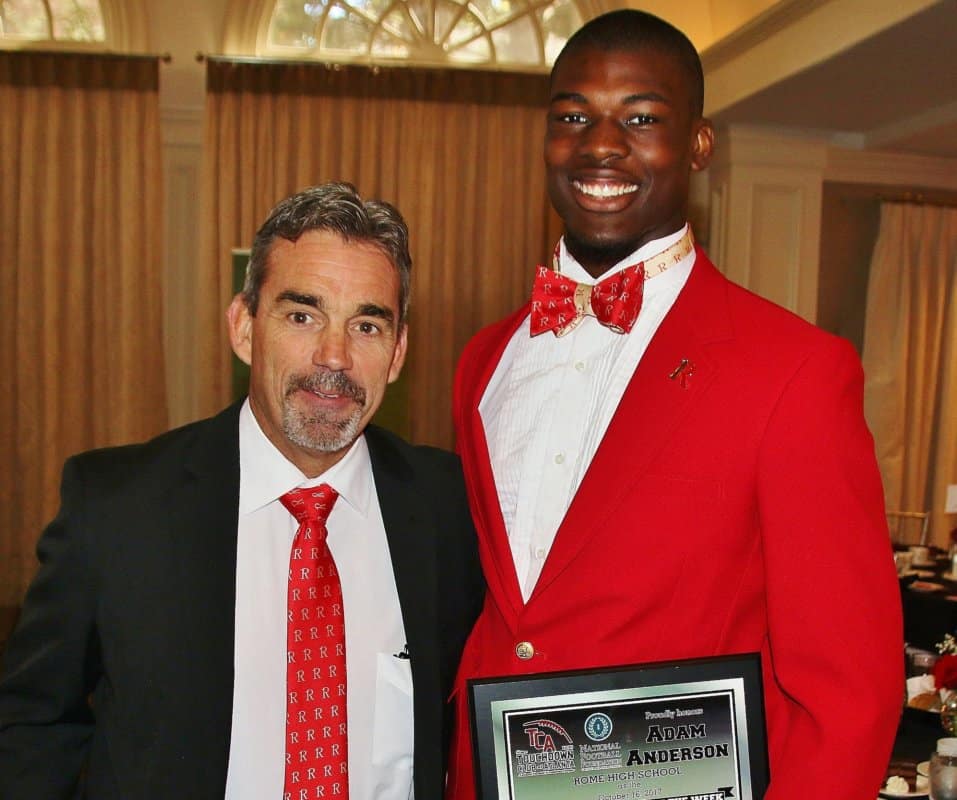 Lineman of the Week – Presented by Wethington McGrew
DL Adam Anderson, Rome: Anderson forced a fumble and had seven tackles – two solo, two sacks, two tackles for losses and one assist – in a 45-24 victory over an undefeated, #4 ranked Carrollton team.  For the season (through 5 games), Anderson has 30 tackles, 12 for losses, eight sacks, two forced fumbles and two pass breakups. He is the consensus No. 2 ranked Outside Linebacker prospect nationally. Rome is ranked No. 1 in Class AAAAA