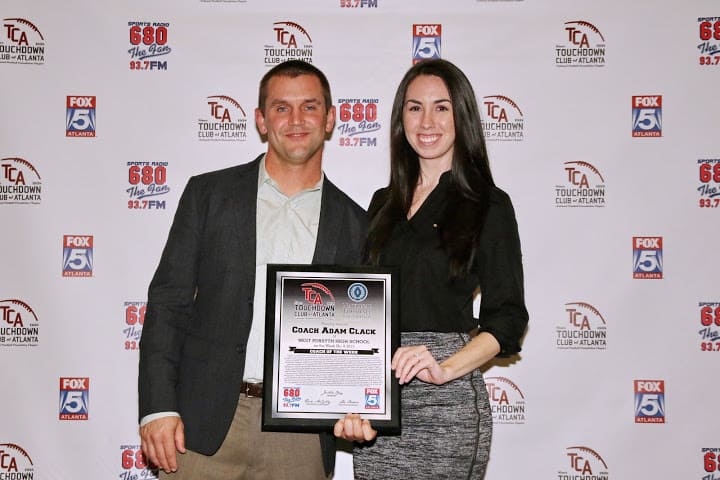 Adam Clack, West Forsyth. Coach Clack and the West Forsyth Wolverines pulled off a thrilling victory over rival South Forsyth in a game that ended in a 38-34 triumph for the home team West. This game ignited the passions of both schools across multiple sports and Forsyth county. The build up was highlighted by a College Gameday like show, a rap battle, all stemming from passionate students cheering at a West-South Softball game in September. The game lived up to the hype featuring a fourth quarter comeback with West Forsyth down by 10 points with nine minutes left to play, a go ahead touchdown with three minutes left, and a defensive stop against South on the final play of the game. For this great game, team effort, and community support – we congratulate Adam Clack from West Forsyth with our Coach of the Week.