2017, Lineman of the Week, Stockbridge 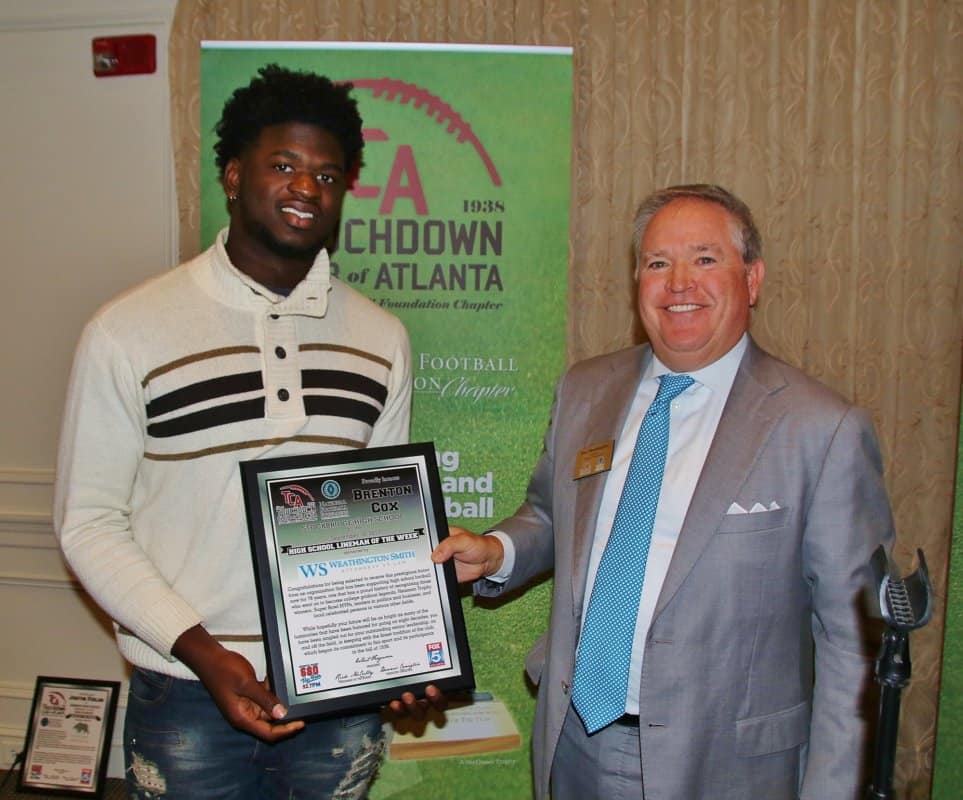 DL Brenton Cox, Stockbridge: Cox had one sack, two tackles for losses, three solo tackles and a forced fumble in a season-opening 9-0 victory over Mays, the No. 5 team in Class AAAAAA. It was the first time that Mays had been shut out in 64 games. Cox, the reigning Region 4-AAAAA defensive player of the year, is committed to Ohio State. He’s rated the consensus No. 2 strongside DE prospect nationally. Stockbridge is ranked No. 3 in AAAAA.(Courtesy of GHSFD)