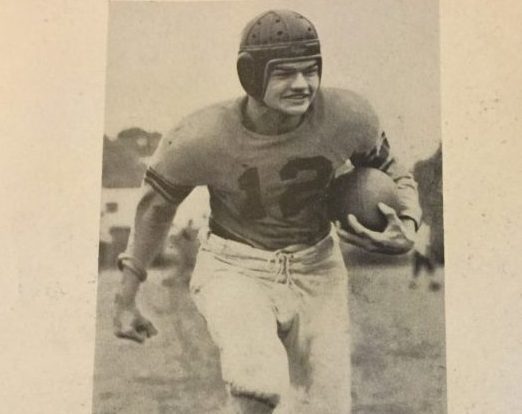 “As a sophomore, junior, and senior he led the entire North Georgia Intercollegiate Conference in scoring. He scored 120 points as a junior and 129 as a senior. These were the days of the eight game schedule. That means he averaged better than fifteen points per game. Five times he had touchdown runs of more than sixty yard. Once he caught a punt on his goal line and returned it 100 yards. Said his coach, Lew Woodruff, “He was unstoppable. I used to take him out of games just to hold the score down.”  – from Gene Asher’s book “Legends, Georgians Who Lived Impossible Dreams“