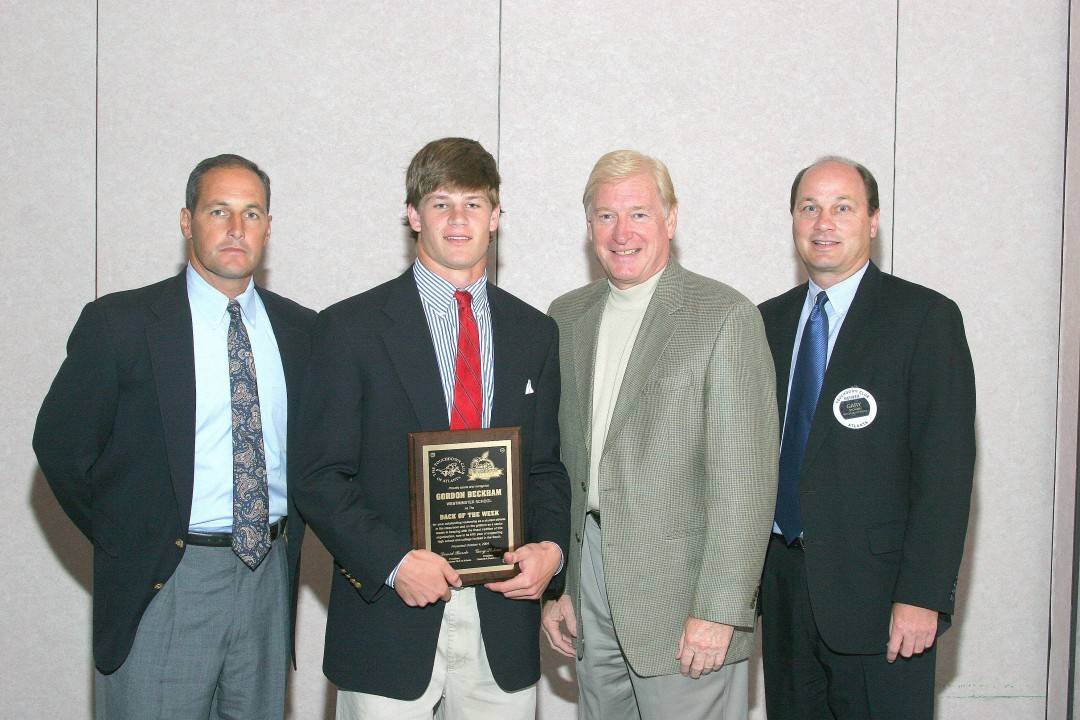 Gordon Beckham, Westminster 6’0″ 180 lbs. Gordon led his Westminster Wildcats to an undefeated regular season on the way to earning All-State honors for his efforts. He went on the play Baseball at the University of Georgia where he was an All-American and an Academic All-American. He was the 8th draft pick in the 2008 Major League draft. He signed with the Atlanta Braves in December 2015.