2015, Coach of the Week, Peachtree Ridge 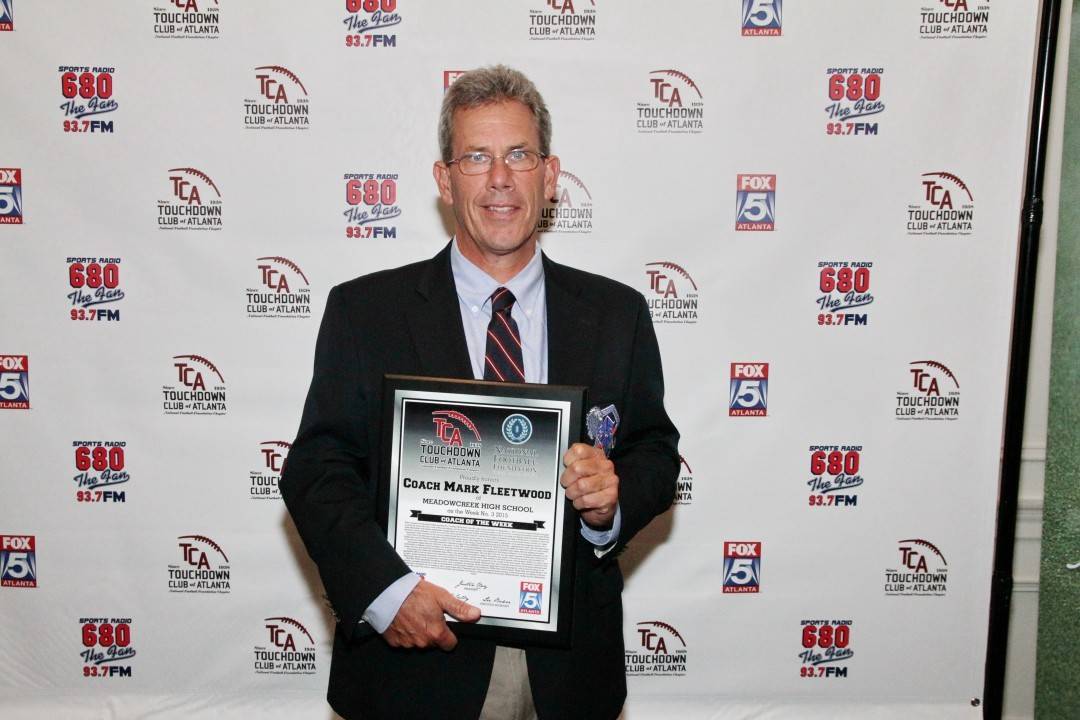 Mark Fleetwood, Peachtree Ridge. After starting out the season against two mighty teams- one defending state champion and the other a runner up state champion – Coach Fleetwood and the Lions were staring at an 0-2 start and facing an undefeated, loaded, and top ranked McEachern team. Coach Fleetwood, his staff and his team kept their focus and pulled out a dramatic 9-6 upset win over the 2nd ranked Indians in the final minutes of the fourth quarter. For this victory and keeping the team prepared, steady, and focussed – Coach Mark Fleetwood is out Coach of the Week.