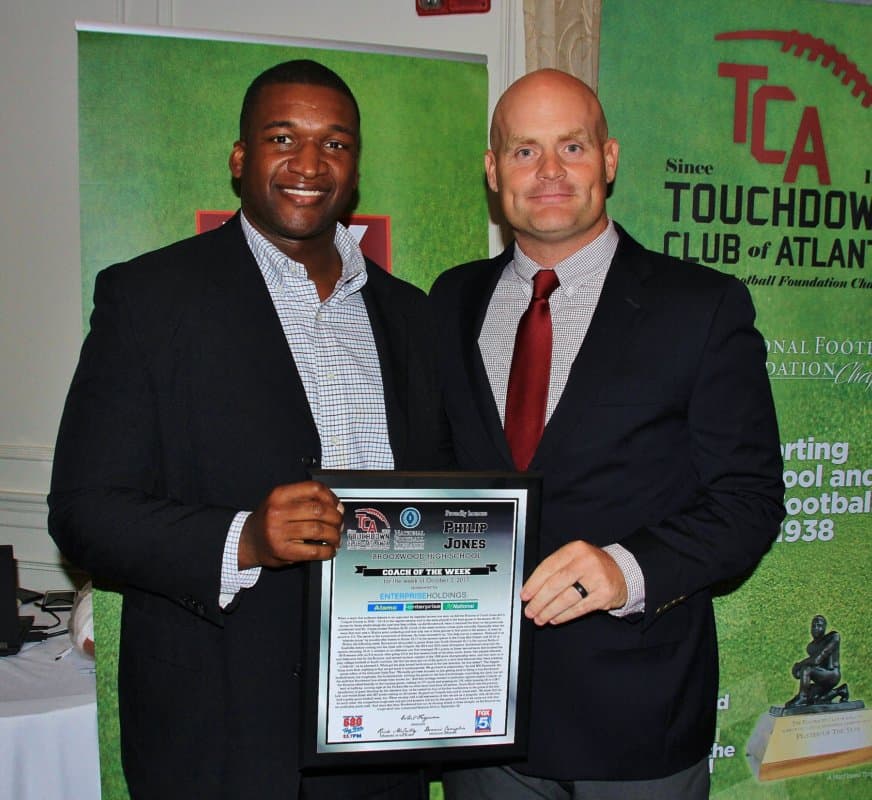 Phillip Jones, Brookwood High School. Jones, who played at Brookwood and under Lou Holtz at USC… and was a part of the ‘96 Bronco state championship team… pulled off an epic upset of Colquitt County last week. That Brookwood was not supposed to win this game did not deter Jones and the Broncos. I reckon that after dropping two games to Rush Probst’s Packers in 2016 by a combined total of 49-118 Jones & Co. had this game circled on the proverbial calendar. They slowed it down and played the way Brookwood was created to play under Dave Hunter – mash people up front and run run run then run some more.

When it was over, our Back of the Week, Dante Black,  carried the ball 33 times for 267 yards on the ground and Brookwood rolling to a 42-25 “dismantling” (Gwinnett Daily Post words, not mine) of Colquitt County.