When he first joined the squad, it never had been out of the league cellar. The next year Southwest almost reached the first division and last season, thanks mainly to Slay, it won the Region 3-AAA West Championship and 9 of 10 games.

Slay led his team in tackles, averaging 15 stops per game. I n the City Championship Milk Bowl, he was in on 25 tackles.

Slay a 6’0″ 195-pound center, did not make a bad snap all season, nor did he miss a downfield block. So it should come as no surprise he was an overwhelming choice as the Touchdown Club of Atlanta;s Lineman of the Year.

“With Slay”, coach Robert Greer said recently, “We had a real leader. He was always cheering on his teammates and giving the boys the extra spark that separates a winner form a loser. His value as a leader was every bit as important as his contributions as a player, maybe more so.”

Slay was chosen Class AAA Greater Atlanta Lineman of the Year and selected to a berth on the Class AAA All-State team. He has accepted a grant-in-aid to Florida State University.” -from the 1961 Touchdown Club of Atlanta Jamboree Program 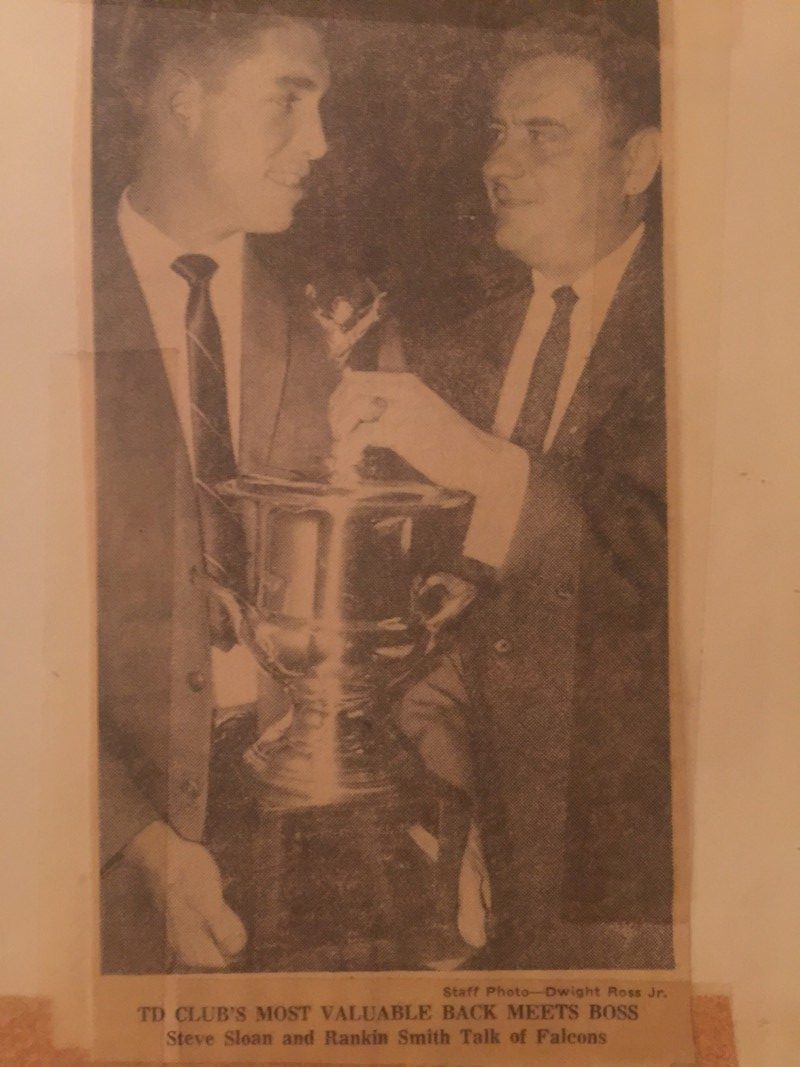