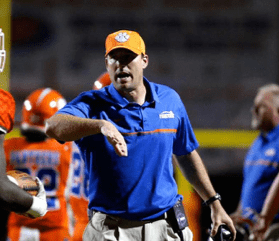 Coach Godfree has the Panthers off to a fantastic 7-0 start in which the Panthers are ranked #3 in class 7A. led Parkview back to prominence after he led Loganville High School for ten years. With wins over Lowndes, Tift Co, Milton and Norcross, they have played one of the hardest schedules in the entire state. Coach Godfree is a Parkview alum who coached under the legendary Cecil Flowe before taking over in 2014. Last year he led the Panthers on a deep playoff run and they are in great position to do the same again this season.