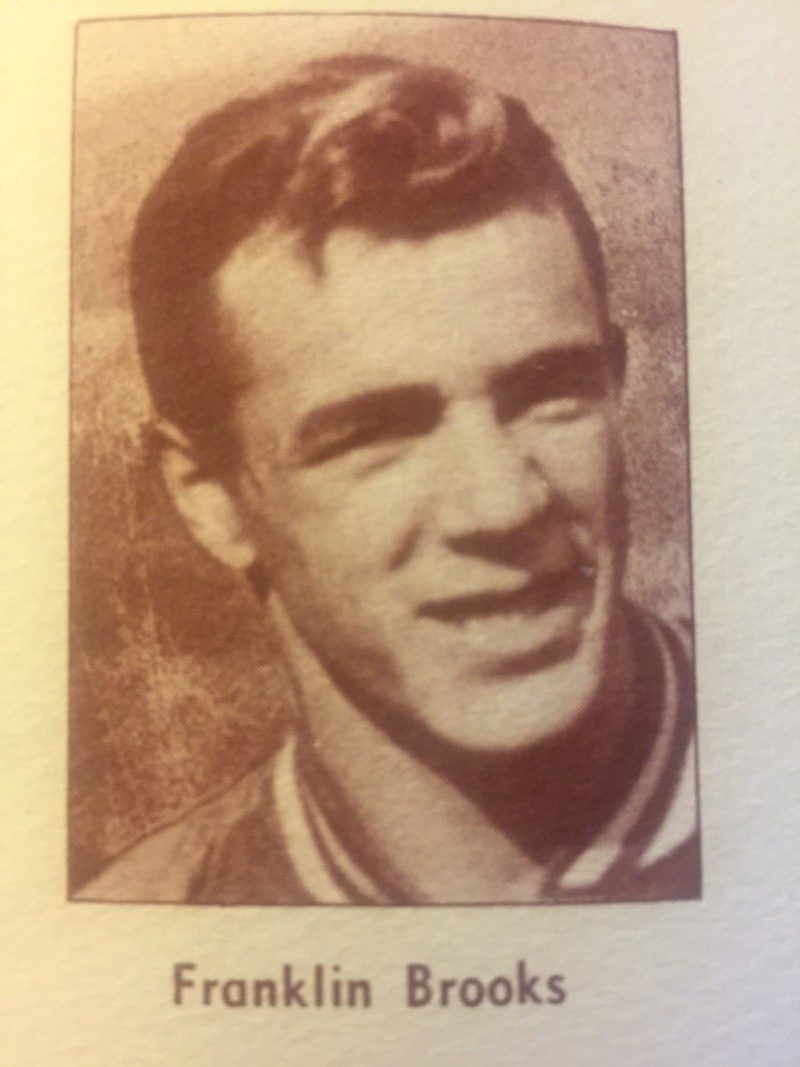 “Franklin Brooks of O’Keefe High impressed most coaches and writers as being by far the most outstanding lineman in the Atlanta area in a year when good lineman were numerous. He played both offense and defense on the team which won the region 3AA Championship as well as the North Georgia Prep title.

Weighing 180 pounds, Brooks looks like like a boy who may reach 190 or 195 before his athletic maturity. He was selected by the Atlanta Journal-Constitution as class AA Lineman of the Year, heading a fine group of stars to make the all-state team. During the season, he was honored as Lineman of the Week after his great performance against Brown, in which he recovered two fumbles and intercepted a pass to set up three touchdowns.

Brook has accepted a grant-in-aid to Georgia Tech, where he will enroll next fall.”

-from the program for the 1952 Atlanta Touchdown Club Jamboree.

Franklin Brooks would go on to letter at Georgia Tech and was selected as the MVP of the 1956 Sugar Bowl, where the Jackets beat Pittsburgh 7-0. This game is especially noteworthy for Tech’s and Brooks’ performance but more so for the fact that this was the first Sugar Bowl which featured an African-American, Bobby Grier, from the University of Pittsburgh. The 1956 Sugar Bowl was the first integrated Bowl game in what was considered the Deep South. This was an ugly chapter in race relations for the state of Georgia with protests against playing the game coming from Atlanta, Georgia Tech and Georgia’s governor at the time, Marvin Griffin.

Brooks got into coaching after his playing days and was an assistant at Georiga Tech under Pepper Rogers and was poised to take over the program after Pepper. Sadly Brooks was diagnosed with mesothelioma at the age of 42. He spent time as a teenager working in an insulation factory handling asbestos related materials. Brook’s sickness and death alongside the corporations that tried to hide and cover up the dangers of asbestos began the reform that was needed to combat the dangers of asbestos and to punish the corporations who endangered millions of american workers and ultimately caused them to be stricken with mesothelioma.