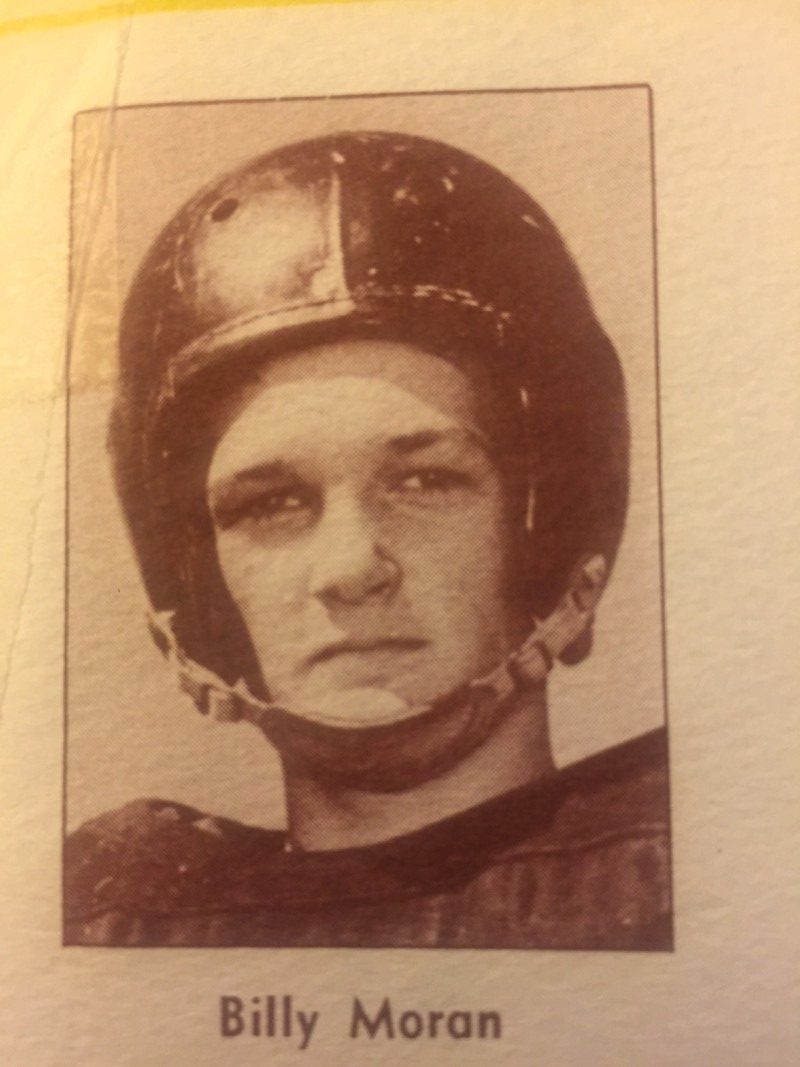 Billy Moran, Russell, Back of the Year

“Russell High’s Billy Moran is one of those well rounded, thoroughly versatile prep athletes who come along only once in a great while. His performance this season, running for the first time form the single wing formation, earned praise from those that saw him as one of the best natural tailbacks ever seen in the prep ranks.

He specialized in running, though his passing, punting and defensive work showed top proficiency. He scored 71 points in the course of the season.

The Atlanta Journal-Constitution named him to its class AA all-state team and he was previously honored by the Atlanta Touchdown Club’s Back of the Week. Moran has accepted a grant-in-aid to Auburn.” -From the 1951 TCA Jamboree Program