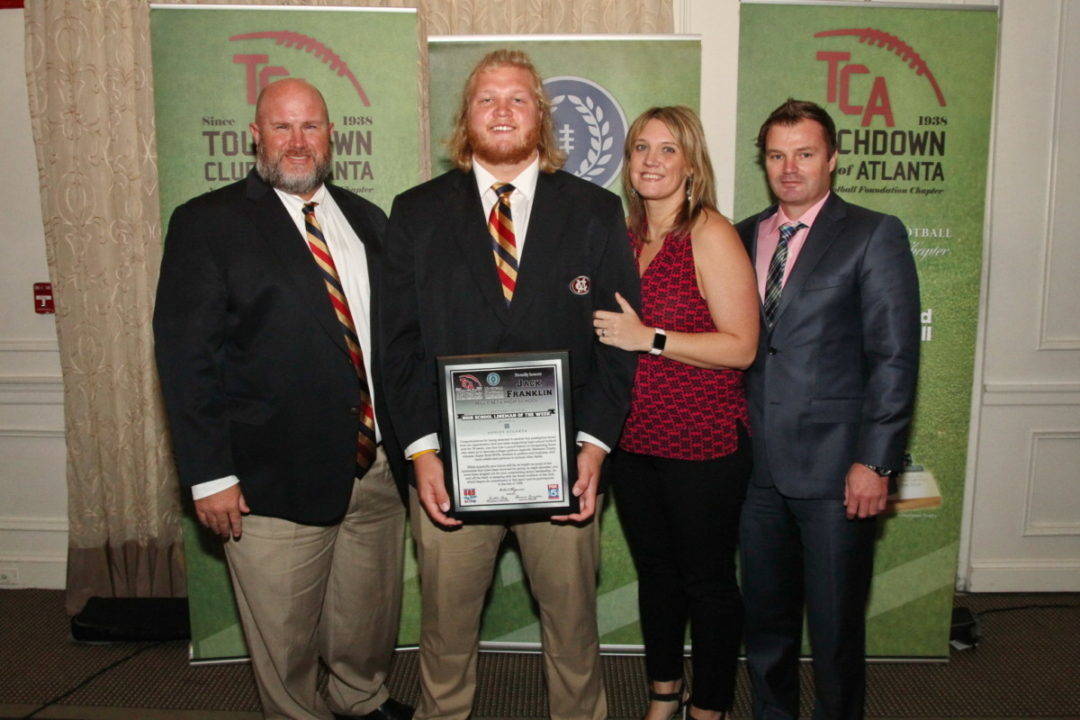 Jack Franklin, Mill Creek, 6’4” 320 lbs. In a game against region foe North Gwinnett, Franklin led his offensive line to 435 yards of total offense. He had 8 pancakes on the night against a Duke commit in Drew Jordan. He has graded out a 90% for the last two weeks with 16 pancakes. Coach Jarvis said he is on track to own the record books for an offensive lineman at Mill Creek by the end of the season. In fact he just passed one of our former Lineman of the Week picks from 2014, Kaleb Kim (who is now at Auburn) in career pancakes at Mill Creek. For his efforts against the North Gwinnett, Jack Franklin is our Lineman of the Week for Friday September 30th.