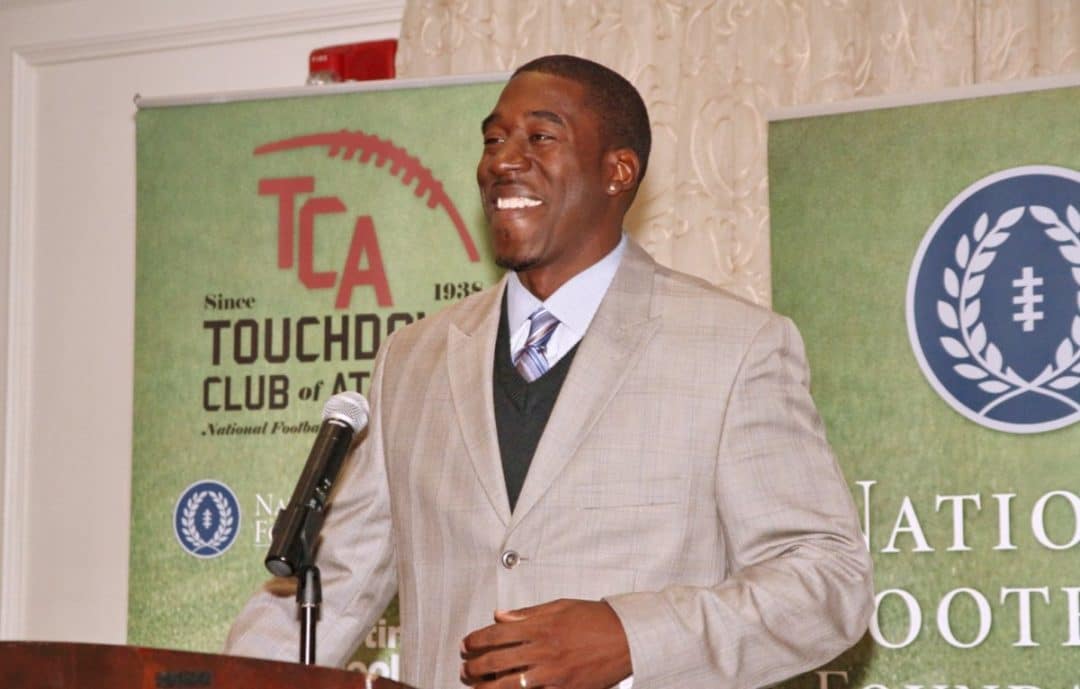 Coach of the week

Jimmy Smith from Cedar  Grove. Coming off an 11-2-1 season from 2015, Coach Smith was not sure of what to expect from his Saints this season.

But since the team is now 5-2 and 3-1 in Region 5-AAA, coming off back to back shutouts over Towers and Pace
Academy, and third blank job of the season, Smith says, kind of tongue-in-cheek, Cedar Grove is “starting to come around,” as he put it.

The Saints’ 49-0 thumping of Pace Academy was considered the biggest shocking score and upset for the
week of games ending October 14-15, 2016. For one thing, Pace Academy, the 2015 Class AA State Champions
was picked to win by two points in the battle of state-ranked Top 10 teams.

But to hear Smith, he could care less whom the opponent might be. His philosophy is to have his players concentrate
on doing their job to the best of their ability.

“We don’t focus on the opponent. I just want the players to concentrate on themselves, doing their job to the
best of their ability, and getting better every day,” says Smith, in his fourth year as a head coach for
the first time at the Ellenwood, GA. school.

Hand-picked by his predecessor, Ray Bonner, who turned a bad situation, as Smith put it, into a good
one during the ten years he headed up the program, the South Carolina native learned many things during
the seven years he worked as Bonner’s assistant.

But Smith had quite a background before coming to DeKalb County in 2007 and working under Bonner.
In high school, he played quarterback and defensive back. He played college football at Tennessee
State University and quarterbacked TSU to back-to-back Ohio Valley Conference Championships.

After a few years of Arena football and being a volunteer coach on the high school level, he said,
“The joy I got from coaching and helping young men was different and more fulfilling than anything
I had ever done.”

After a 7-5 season in his first season at Cedar Grove, followed by a 9-3 mark, last year’s 11-win record
was the best the Saints had enjoyed in 24 years.

But the job is certainly no piece of cake. It requires an enormous amount of time, energy and patience.
“Yes, at one time or an other, I’m an uncle, a brother, a father, a preacher, a psychologist. It’s all about
relationships, and helping kids learn to handle themselves in a variety of ways,” Smith said.

But the job has been rewarding personally for Smith, who has helped to send 30-plus student-athletes off
to college to continue their athletic and academic careers, the most of any other Class AAA program in
Georgia, he declares proudly.

And he has coached five All-American players, four in the past five years.

Five different organization have named him coach of the year over the past two seasons, and in
2015 he was selected to coach in the Elite Junior All Star Game and the U.S. Army All American Game.