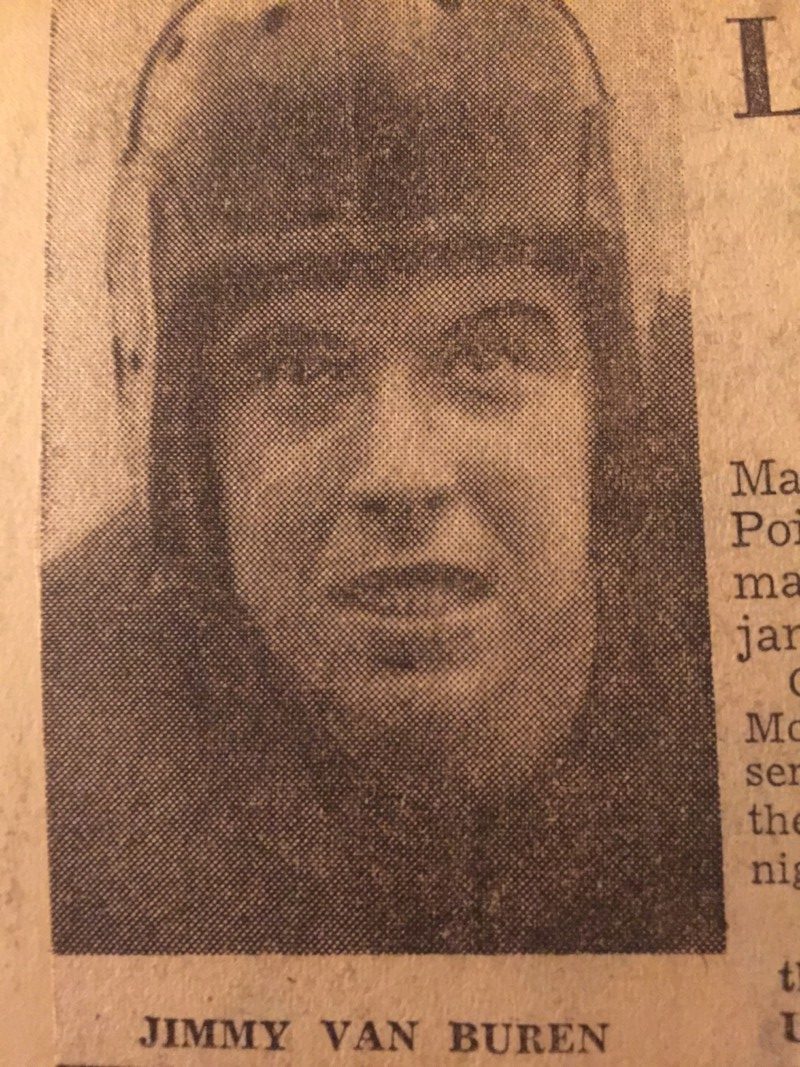 “Van Buren, a first cousin of Steve Van Buren – of LSU and professional football fame – is one of the best all-round lineman produced in Atlanta in recent seasons. The 195 pounder was voted the City League’s outstanding blocker by the varsity players themselves, and was presented a trophy as such.” from the Atlanta Constitution form January 1951.