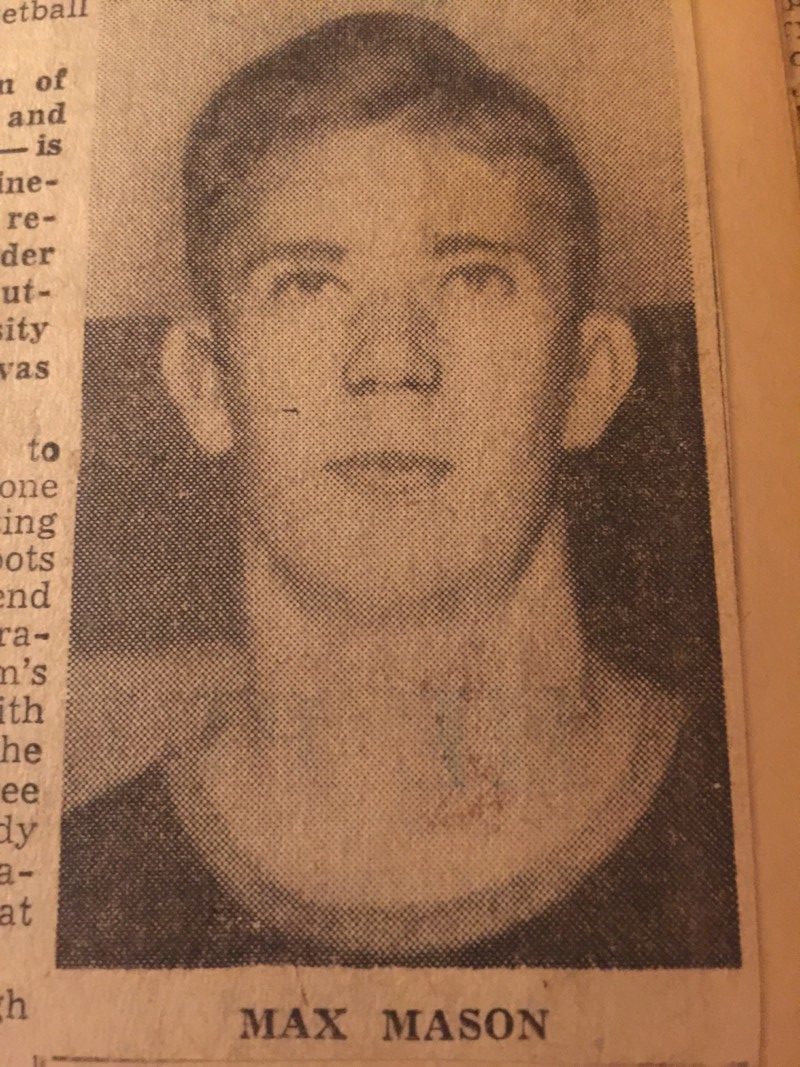 Max Mason, Rockmart, Back of the Year

“Mason, a 196-pound triple-threat, wooed and won by the University of Kentucky after an all out recruiting battle with several other Southeastern Conference schools, led Coach J.D. Langley’s up-starters first to an unbeaten season in North Georgia, then the State Class A Championship, then a Peanut Bowl triumph over Holyoke, Mass 19-14” – from the Atlanta Constitution January 1950.

The 1950 Rockmart team is still the only team to have ever won a State Title for Rockmart High school, who have been playing football since 1923. That team beat Valdosta High School to win the State title, then in the Peanut Bowl in Columbus Georgia, their victory over the Holyoke of Massachusetts team would earn them a mythical National Title as well. Mason would go on to play for Paul “Bear” Bryant at Kentucky.