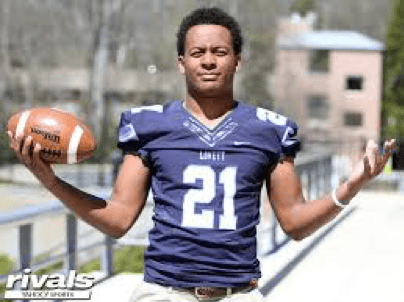 Lovett TE/RB/LB Nick Jackson had 7 Tackles and a sack on defense in a big win over region Rival Westminster. On offense he had 75 yards of total offense including a rushing TD and a receiving TD.  On the season he led to team in tackles, racking up more than twice as many as any other Lion defender. He has starred on both sides of the ball for 3 season at Lovett. He has offers from over 15 ACC and SEC schools. He recently announced he will play his college football at the University of Virginia.