2019, Buford, DL Claborn Coach of the Week - presented by the Peach Bowl 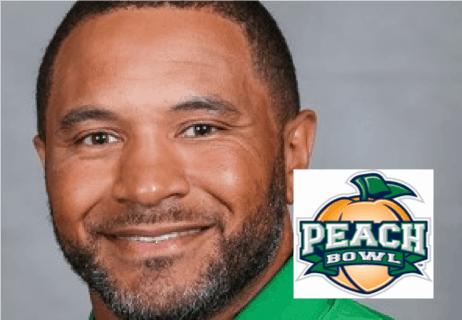 In week 6, Coach Bryant Appling led Buford High School to a roller coaster win over Archer high school 29-28 in overtime. The win improved Buford to 5-0 on the season, while maintaining their familiar #1 state ranking in Class 5A (now 6-0). The Wolves overcame an early 14-0 deficit to force the game to overtime. Archer scored a touchdown on the opening drive of overtime, but Buford was able to match on the subsequent possession. It was then that Coach Appling channeled Coach Tom Osborne, and decided it was time to go for two, and the win. However, this time, the pass from quarterback Jarvis Evans Jr. to Treyton Rank was complete, giving the Wolves a major victory. This is Coach Appling’s first season as the head coach for Buford after 15 prior seasons as an assistant, when he won 7 state championships.