2019, DL Claborn Coach of the Week - presented by the Peach Bowl, Holy Innocents 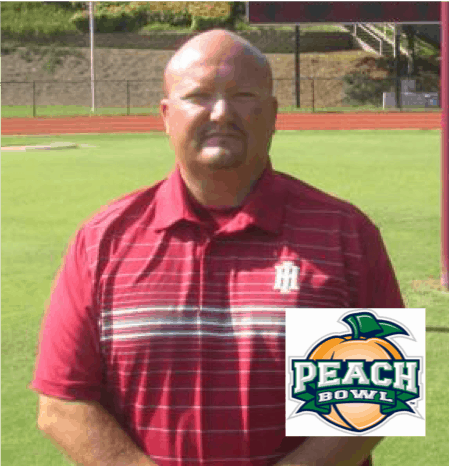 Led by head coach Todd Winter, Holy Innocents’ defeated four time defending state champion Eagles Landing Christian Academy in a 42-41 overtime thriller in week 5. The win improved the Golden Bears to 4-0 on the season and a #2 state rankings in Class A private. To make the victory more impressive, Holy Innocents’ only attempted one pass (which was incomplete). The success came behind 214 yards and 4 touchdowns (on 40 carries) from star running back Michael Cox, and an additional 94 yards and a touchdown from quarterback Michael Davis. The Golden Bears overcame a 14-point second half deficit to force overtime and eventually claim the victory. Now 6-0 on the season and maintaining their #2 state ranking, Coach Winter is looking for a strong finish to the season and a return to the playoffs in his third season with the Holy Innocents’ football team.