2015 Bobby Dodd National Back of the Year 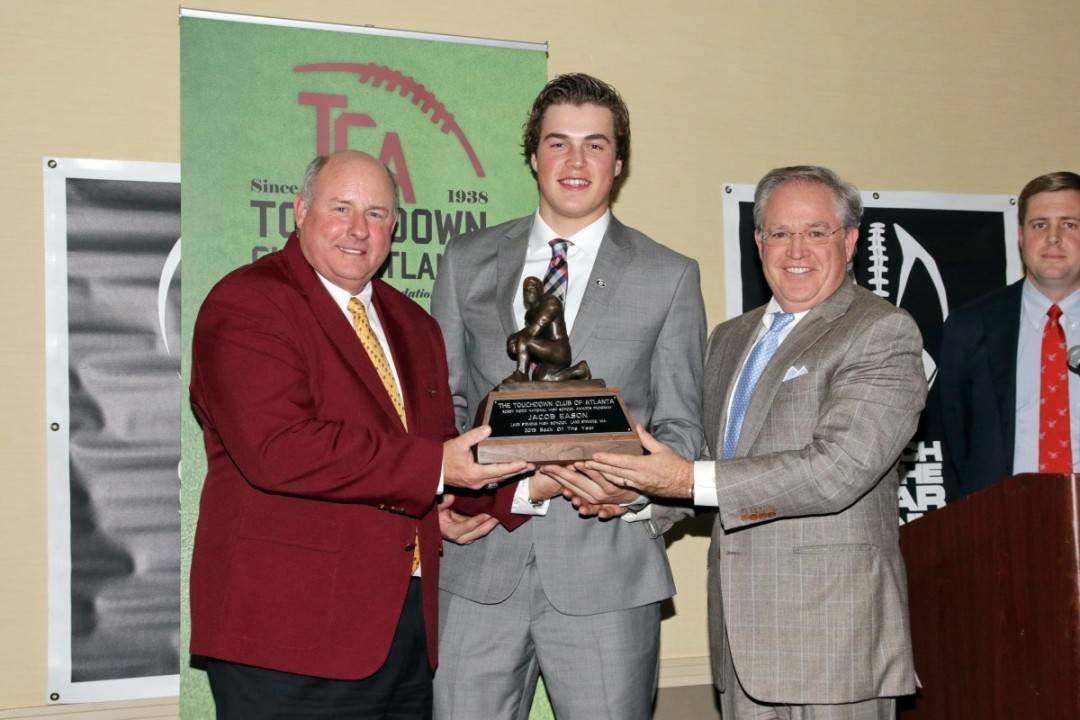 2015 Bobby Dodd National Back of the Year

Ranked as the consensus number one Pocket Passer in the nation, Jacob Eason is a force at the quarterback position. As a senior, he threw for 3,585 yards, 43 TDs with a 69% completion ratio. He was also the team’s punter finishing with a 43.4 yards per punt average. He helped lead his Lake Stevens Vikings to a final 12-1 record.

Over his high school career, he threw for 9,813 yards with 102 TDs and a 64% completion ratio. He was named the Gatorade National Player of the Year and was a USA TODAY All-American selection, and was a US Army All-American.

Jacob’s recruitment has was settled early, but not without some excitement. A long time UGA commitment and charismatic recruiter amongst his peers was unsettled after a coaching shakeup at Georgia. After opening up his recruitment again, he resettled with the new staff in Athens and enrolled at the University of Georgia in January. He looks to use his considerable leadership skills and talents for the Bulldogs and they embark on the Kirby Smart era.