2019, Lanier, Lineman of the Week - Presented by Ortho Atlanta 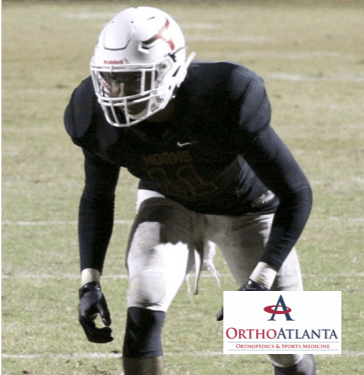 In week 5 against Clarke Central, Phillip Webb of Lanier High School made big time
plays in the 23-20 Longhorn victory. The outside linebacker/edge rusher made his
presence felt early, picking off a screen pass in the first quarter and taking it 19 yards for
the early touchdown. Later in the game, he led the defense in two critical goal line
stands where Clarke Central was 1 st and Goal from both the 3 and 4 yard line, and was
forced to settle for field goals on both possessions. The win moved Lanier to 4-0 on the
season and a #8 ranking in Class 6-A (now 6-0 and ranked #6). A major college football
recruit, Webb is rated as a top 5 player in Georgia, and a top 25 player in the country.
He is currently undecided on his college destination, but has many offers including
Clemson, Alabama, and Auburn.